The 4 thieves vinegar is a real potion surrounded by legends saying so:

At the moment of the big plague, four thieves were invading contaminated homes, with impunity and berthed the dying. Never succumbed to evil despite taking risks. They were finally taken by the authorities and were sentenced to death. They were given life in exchange for the formula of this mysterious liquid that rubbed and drank before acting to immunize.

The four thieves confessed her secret: Body rubbed with vinegar which had crushed sage, thyme, lavender, rosemary and some other herbs used as medicines since the time of Hippocrates. They checked what we know now, all these herbs were bactericidal.

Another version says that the thieves had been arrested before the outbreak of the plague and sentenced to bury the bodies of the victims, invented this vinegar, to survive the infection.

Legends ·place this events in the cities of Toulouse and Marseille, in a period between the fourteenth and eighteenth. It seems that the thieves were hanged equally Toulouse, while Marseille were luckier. 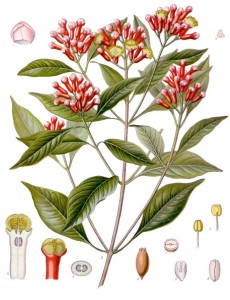 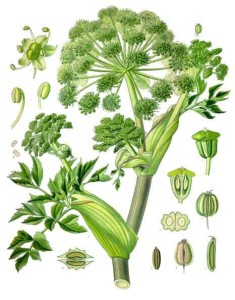 There are also several variations, in reference to the formula they've used. The first recipes had a number of herbs that are added to the vinegar's solution, and let it soak for a few days. In the Museum of Marseille can be found hanging on a wall, The recipe is said to be a copy of the original hanged in the walls of the city during the plague 1720:

“Take three pints of strong white wine vinegar, add a handful of wormwood, one of meadowsweet, fifty clover, two ounces of bellflower, two ounces of angelica, rosemary and horehound malroig and three large measures of camphor. Place the mixture in a container for fifteen days, filter, and then put in the bottle. Rub on the hands, ears and temples occasionally approaching an infected”

In any case, in 1748 the four thieves vinegar was included in the French Pharmacopoeia Pharmaceutical Codex and sold in pharmacies as an antiseptic until 1884 which was eliminated with the new guidelines of modern medicine.

Modern versions of four thieves vinegar usually include sage, lavender, rosmary, thyme and garlic. Sometimes adds rougst, mint and absence. Eventually become accustomed to use the four herbs, one for each thief, while the oldest recipes often predict a dozen or more items.

Although sold, especially in Provence, as a remedy against infection, the skin care, hair and mucous, fatigue, headaches, respiratory congestion, removal of lice and their nits.