Whenever the senses manifest together, we win.

We enrich our sensory power even though we don't notice, and our ability to perceive the essence of the moment in which we are.

Taste Tiana has always been the stage, by Secret Garden, Where to present other uses of the protagonists of the event.

We start the 2013 with "Vinagra" a vinegar from Celler Quim Batlle that is macerated in the old style with essential oils, constituted a rich application to the skin after sun. 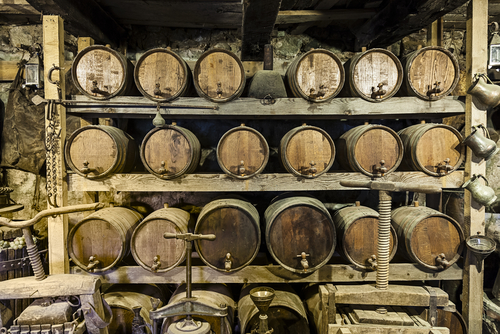 Following the tradition presented 2014, flavored wine that was very popular in Europe between the fifteenth and twelfth: L’Hipocràs

This maceration arose, like so many things at this time, when its inhabitants were the kings of recycling. Barrels not airtight enough, condemned the wine to have an oxidized taste. Sweet spices macerated, gave a longer life. With so much territory and so long there is no single récipe. But we can find one closely, with its properties in "The Book of Coch".

The Book of Coch, Is a catalan recipe book sixteenth century written by Master Robert in Barcelona 15 of November 1520. It is the first cookbook in Catalan which preserved the printed edition National Library of Catalonia, the oldest known. The greedy King Charles I specifically requested it was translated into Spanish[and this language was published for the first time 1529 reedited several times in this language. It is considered of great value to know the cuisine of the Renaissance. (Wikipedia)

Perfume tastings that made synergies like wine tones, pel 2015

Without participating in the Fair, I don’t want to stop following tradition, and I filtered and uncorked a damask rose liqueur that is macerating from the 2013.