I'm artisan perfumer in a country where that office, remains hidden between the consumer perfume and aromatherapy. There hasn’t been referred to retake the way back to nature , towards genuine trades.

Seven years ago that I spread the craft of perfume, starting from scratch each visit and I can say , that despite its hardness and for the same reason, it is very gratifying to participate in the excitement of discovery that job, has caused many people .

Made by hand , with natural or synthetic elements, these perfumes are constructed, based on a structure of different elements fragrant (essences among others), so a perfume can never have a single element, this would be an essence (often synthetic ) elongate with alcohol .

The artisan perfumer, is involved in the whole process: the idea , of creation in its long process, , handling, promotion, sale and now, also with the understanding of the “online”. Time is a constant slow , in the discipline of an artisan perfumer.

This catalog is emerging with force in our country , thanks to some establishments , that have compiled and promoted the creations from perfumers who are behind the perfume limited edition , open to any creative expression . In the group that feeds this label will find artisan perfumers and independents , the last, are those who design a perfume that another company will develop and sell sometimes.

Here most of the natural elements linked to the artisans , while independents mostly use synthetic or mixed compositions.

The word "industry", doesn't usually be close to these products , because it doesn't combines well with the glamor that projects

Its development mainly , from the elements provided by large global essence's companies , is necessarily industrial , to ensure large print runs and preserve over time , the same perception of the fragrance .

The word "industry", doesn't usually be close to these products , because it doesn't combines well with the glamor that projects. Several major brands have been added to the refused overcrowding trend label in artisan spirit . but their production does not fit into the craft dynamic .

The perfume industry has led impossible fragrances of nature , such as the sea , among others and has saved through the synthetic musk , the life of some animals that otherwise were systematically murdered by the extraction of this popular ingredient.

On the other hand , I disagree on the legal permissibility of selling copies of perfume , especially high-brands that have proliferated so much . When I see these shops , immediately I see in my mind two more next to , a photocopied books , especially school books and another of ·pirated films , and I wonder why there are copyrights more important than others …I find nothing to justify it. Not only cast doubt on the use of ethics but also hurt consumers because those who buy a copy of perfume they like , as it can never be the same, eventually will lose the spetial feeling experienced with the original. 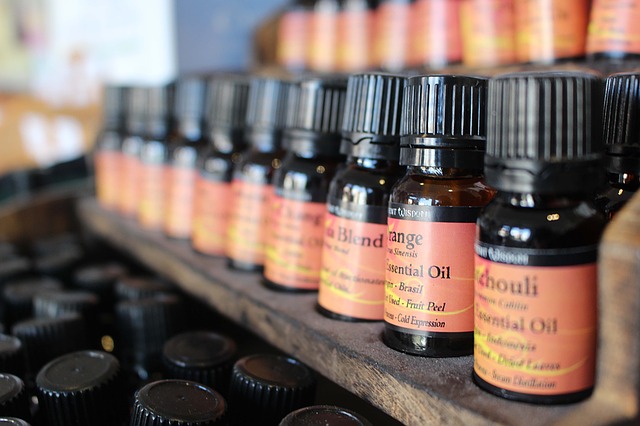 Anyway , perfumes make us feel good , awaken feelings and emotions , but can not be confused with aromatherapy. They are as therapeutic as the wool sweater that comforts us or the picture that we have in the room because we like it conveys optimism . Aromatherapy , as its name suggests uses for therapeutic scents . Some items match with those used by natural perfumery , but not the process to reach the goal.

Anchor perfume craftsman field therapy is to cut the wings of his creativity , is to deny the complex structure that makes a perfume, invites you to discover it through the development of its own essence , shelling every components and the synergies that have made it possible for the sole purpose of tell you a story .

Knowing the possibilities which we can choose , opens an infinite ·space of variants to decide where, when and how we smell.

I chose long ago : I'm artisan perfumer and natural elements , stimulate my creativity , whispering to me , accords, compositions and interpretations immersing myself every day in this handicraft in that more I advance , more paths are created under my nose.

One thing I understood is with natural perfume , craft, is not the working method , is the aim itself . The time spent on its creation , collected during the entire process your knowledge , your feelings , your creativity , in a word : your essence . Is this and not the perfume itself , that once created will be part of another person's life, what you really want to repeat.

with natural perfume , craft, is not the working method , is the aim itself .